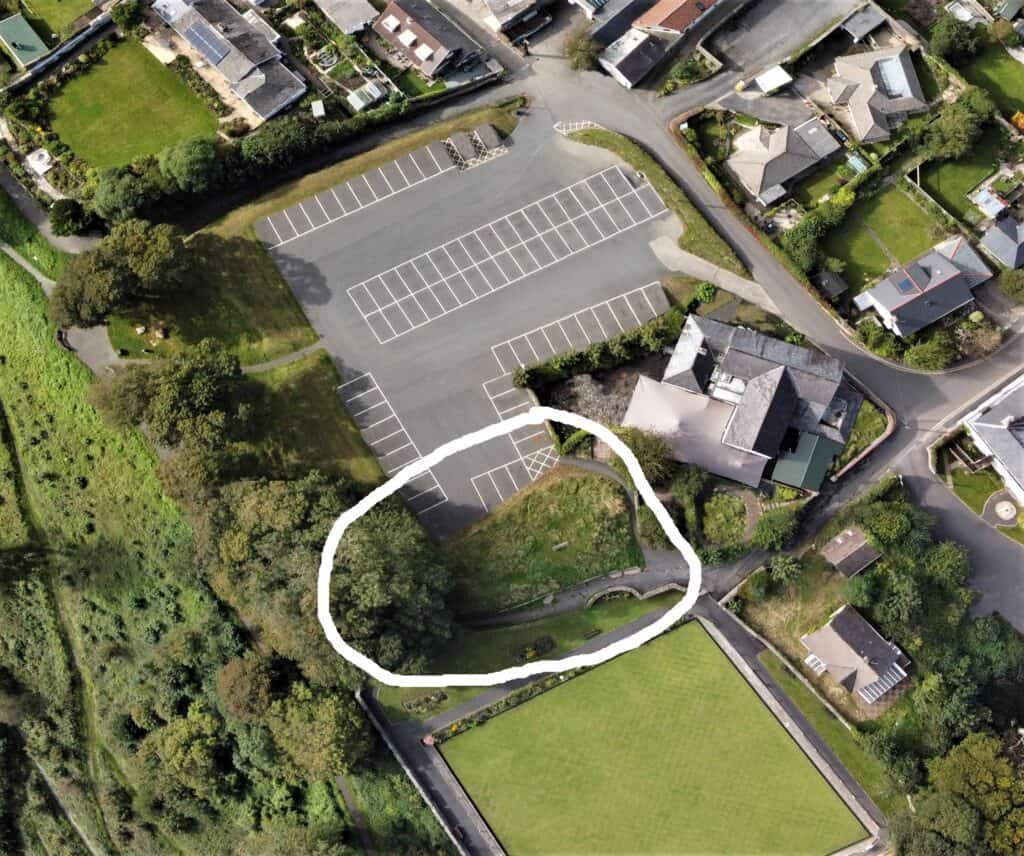 Area of ‘Dig the Castle’ that is proposed (within white circle)

Trench numbers, size and location, as yet to be determined.

(Funding being in place is critical to the project going ahead)

Part of ‘Torrington Through Time’ Project

Great Torrington has had a chequered interest in the towns ‘Castle’ over the years.

Long known about, but with no admission of its existence on or around the remaining structure and with little information being available concerning its actual shape, size and layout, a project is underway which hopes to uncover much of the hidden heritage of the castle site, through a proposed dig in 2023.

Torrington Castle was the seat of one of Devon’s great Norman Baronies, so deserves to be put back on the map!

The motte mound and sections of the ramparts survived largely intact but unacknowledged until the mid-20th century, on the edge of the Commons, when the site was infilled and converted into a car park by the County Council. The recent Historic England archive of aerial photography, made available online has highlighted how much erosion of the site has occurred since the 1930s and these images have highlighted the urgency to investigate, understand and hopefully then protect the castle for the community moving forward. The site remains unprotected to this day, not scheduled, like the many small similar motte and baileys in the surrounding landscape. Whilst it may no longer meet the strict criteria of designation, it will help obtain  further information about the history of castle and town. This has also meant that Torrington, once the seat of one of Devon great medieval Baronies is not often included in the studies on castles in the county.

Previously there have been a series of small commercially led excavations in the proximity of the castle; for example in 1987 when the pavilion was installed on the bowling green site; these excavations uncovered evidence of stone buildings, floor surfaces and pottery from the 12th to the 15th centuries. The shallow overburden of soil and good preservation of the archaeology found suggests promising opportunities may lie ahead for the community in exploring the wider site.

The physical survey of the earthworks which surround the car park and the remnants of the motte mound, as well as GPS and Lidar studies were undertaken March-August 2022 by Torrington Through Time (GT Futures Group and Archaeologists Engage).

The report can be found at this LINK  (TTT21 REPORT) 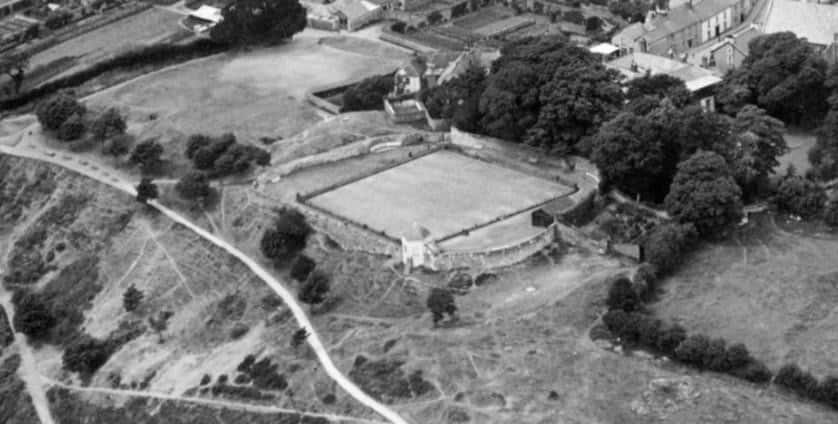 In September/October 2023 this project aims to undertake a community excavation, comprising a number of targeted test pits on the earthworks and motte mound. This aims to find information about the castle, to help the town engage with the site and enhance the local and visitor experience for Great Torrington, adding to the existing heritage Trails.

Our intention is to connect community groups and different demographics throughout the town and wider area, through a fun, inclusive open-air dig, developing team work skills, with an aim to enriching the cultural life of the town. The community will be supported in their work by a team of professional archaeologists from South West Archaeology and Torrington Heritage Museum. 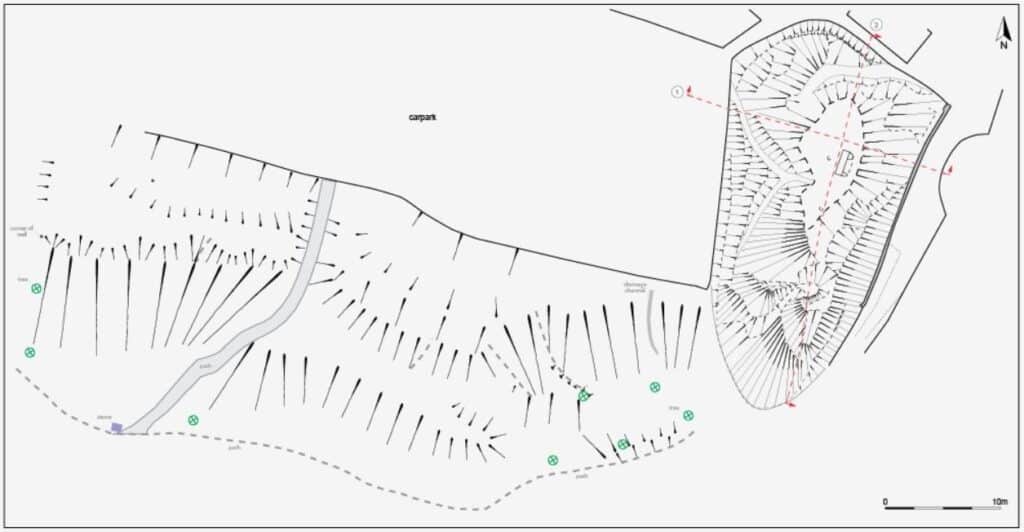 GPS earthwork survey March 2022, showing the extent of the surviving motte mound to the east and ramparts to the south of the ‘Barley Grove’ car park, a corruption of ‘bailey’.

The intended legacy of this project is to give the town ‘back’ its castle; exploring the social value of the heritage asset for the area, building a sense of pride, and ‘ownership’ in the town among new generations, improving the general engagement with history in the town and improving heritage knowledge/education, as well as enhancing the social currency of this site for the town tourism industry.

Below – Launceston’s motte and bailey castle, which survives largely intact, is likely to be very similar to how the castle looked in Torrington.